There was a talk about games that made impact on you. Kinda liked it so i made up my list. It should have been a list made out of 10 titles, but i had to add one more. Now i feel the bad about rest of the games. Also, so much that is not covered. But let's say this was something that was part of my childhood.

When i look back at games that made impact on me, I would have to go to PS1 era. SNES came a bit eariler and i would like to cover Nintedo separately if i feel inspired to to so. So that leaves me with PS1 and all the great games that were out for that system. I still think it was the best time to be a gamer. Games were simply good, focused more on gameplay and story with few exceptions which presented great graphics. I'm not a graphics wannabe, I simply want good story, suiting gameplay and good soundtrack.

When it comes to that, let me present my top 10 influence games. 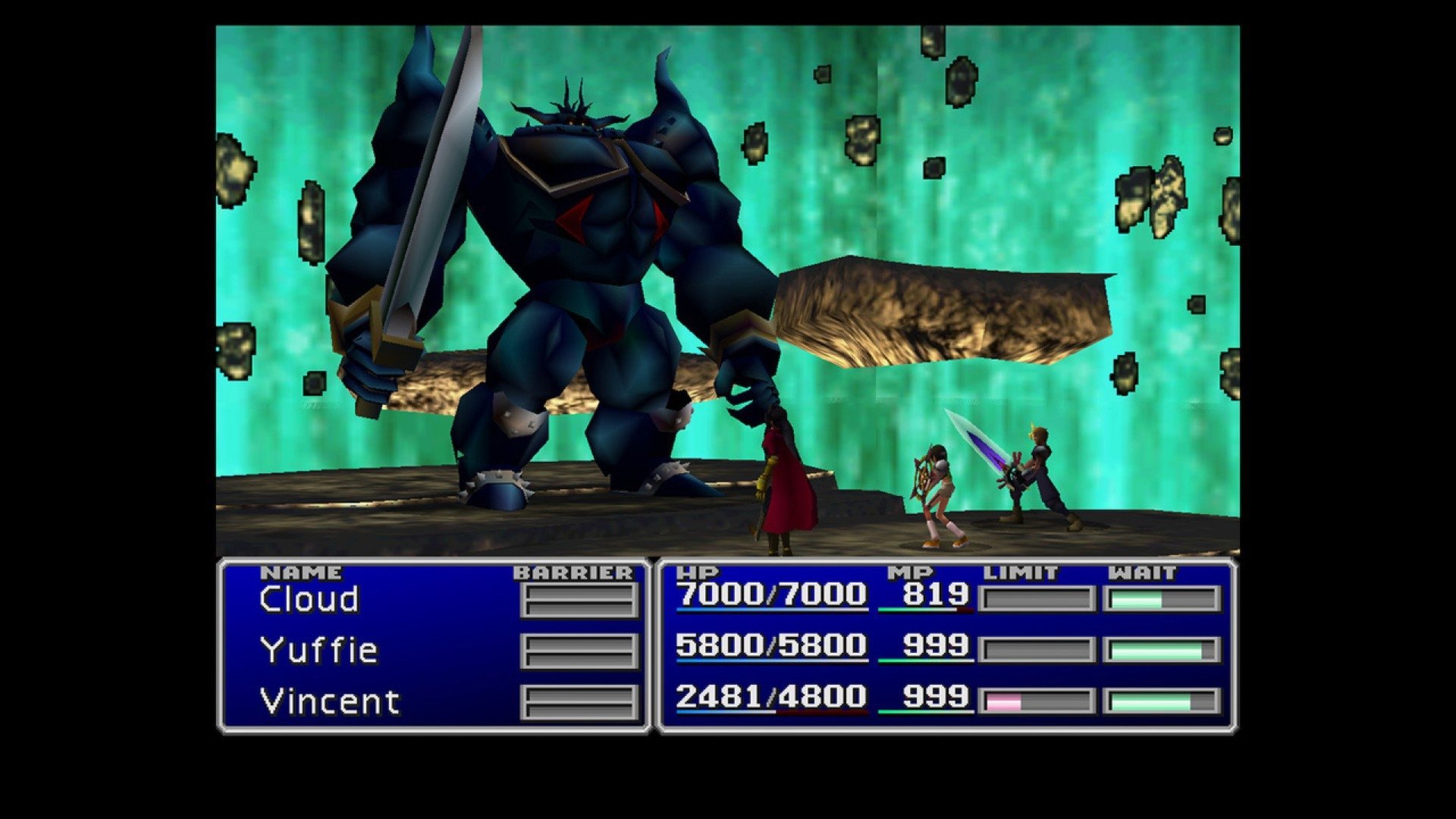 To this day I never played anything better. The best story there is, turn based system at its finest, memorable and great characters...I could go on and on about how good this game is, even after all these years passed. Usualy this is what gives me a problem when i think some game is 100 when i review it. When i compare anything to this title, nothing comes to that level. I will always re-play this game and I will love it to eternity. 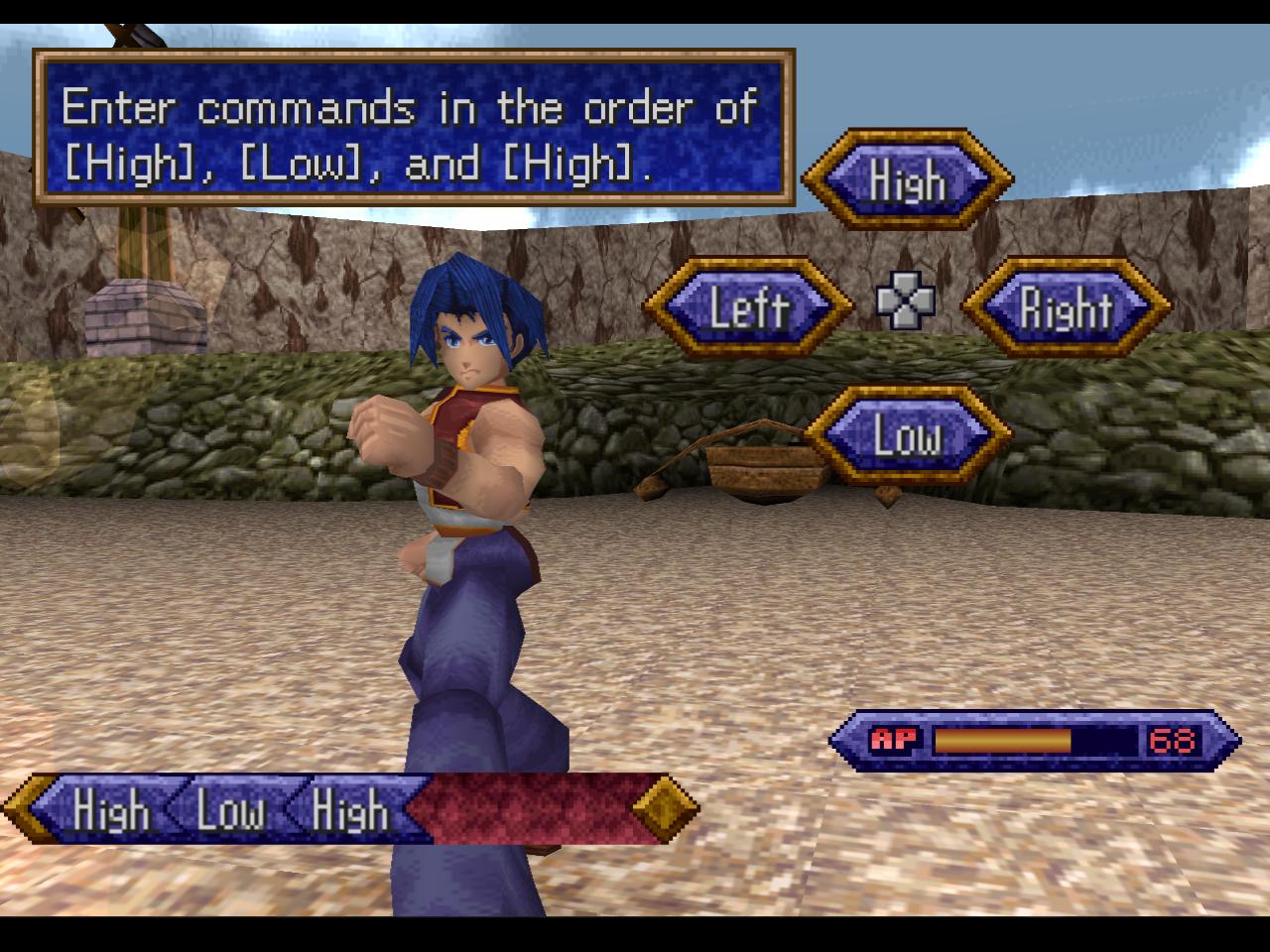 I can't say I remember those combinations anymore.

This was my first jRPG. It's how i learned english to a point i can understand what they talk about and where to go next. I remember every song from the game, still love the sountrack. Although if now someone created this kind of story today, it would not be anything special, but back in a day i loved it and cared about all 3 characters. Battles are great, maybe a bit slow paced now, but the idea of combining your moves and learning new ones gives so much satisfaction. A great game and timeless classic. 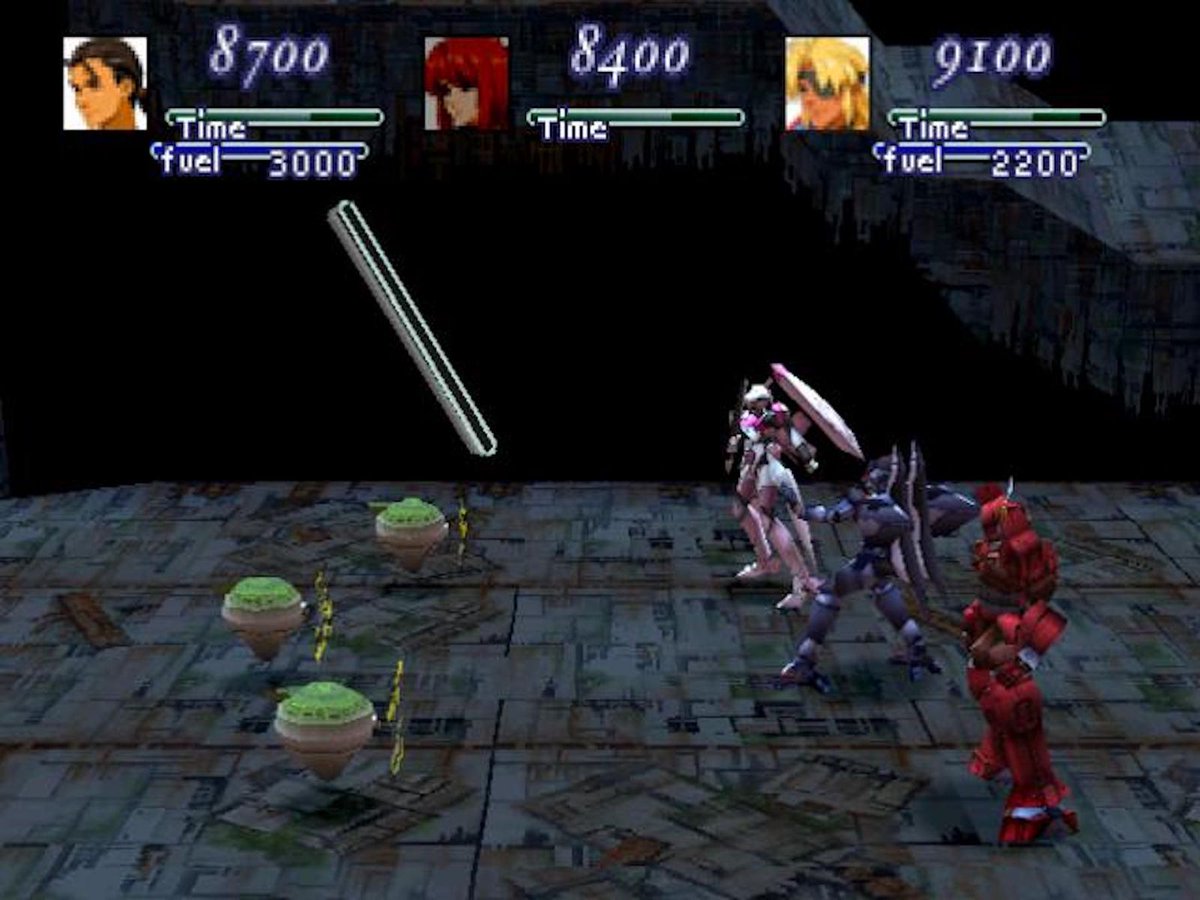 Early example of a game with dark theme and different approach. Introduction of wanzer type battles. Story so good it will keep you interested till the end. Graphics so bad you don't know what are you doing half of the time. Oh the nostalgia. Similar battles like in Legaia, just much faster. Combining your moves and creating new ones was well thought and used. I don't like Xenosaga so much, this was their best work and till this day it still is. 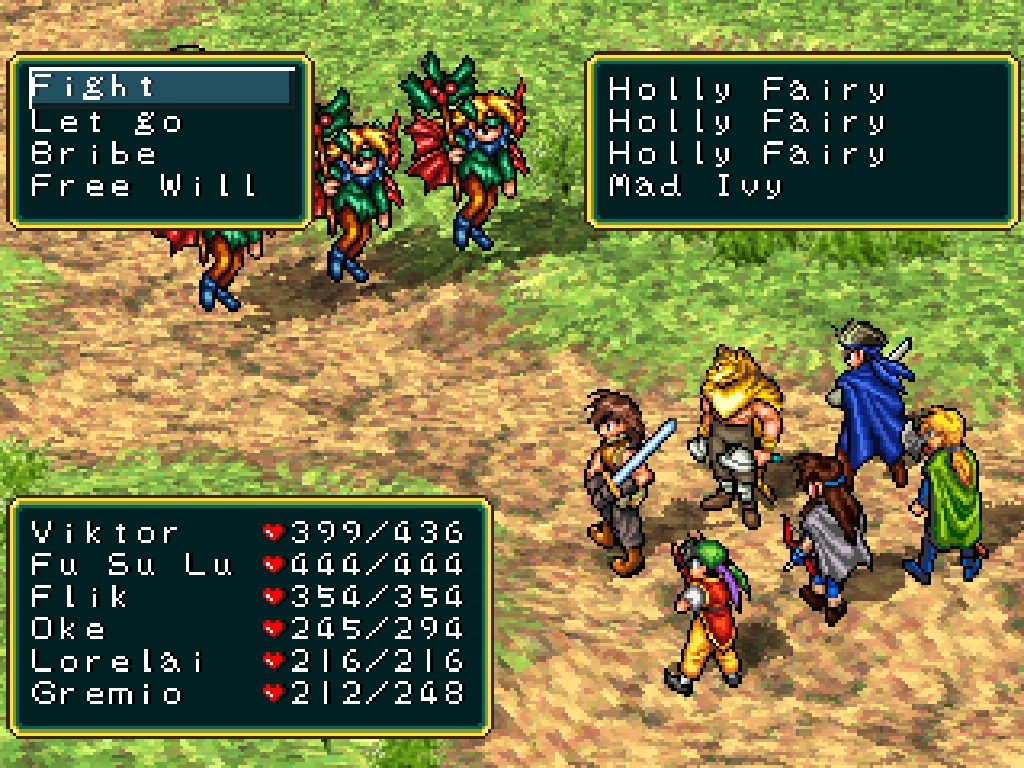 I don't want to put both up, so i'm gonna go with first one. Also one that got me to learn english so i can advance. I'm so sad that they don't make more Suikodens, this was the best in its own turf, 108 characters, so much oportunities, fast battles, so much good story plots, everything in one place. One of the game that have it's soul and stands at the throne. Played them all except PSP title that was only release in JPN. So sad about that. 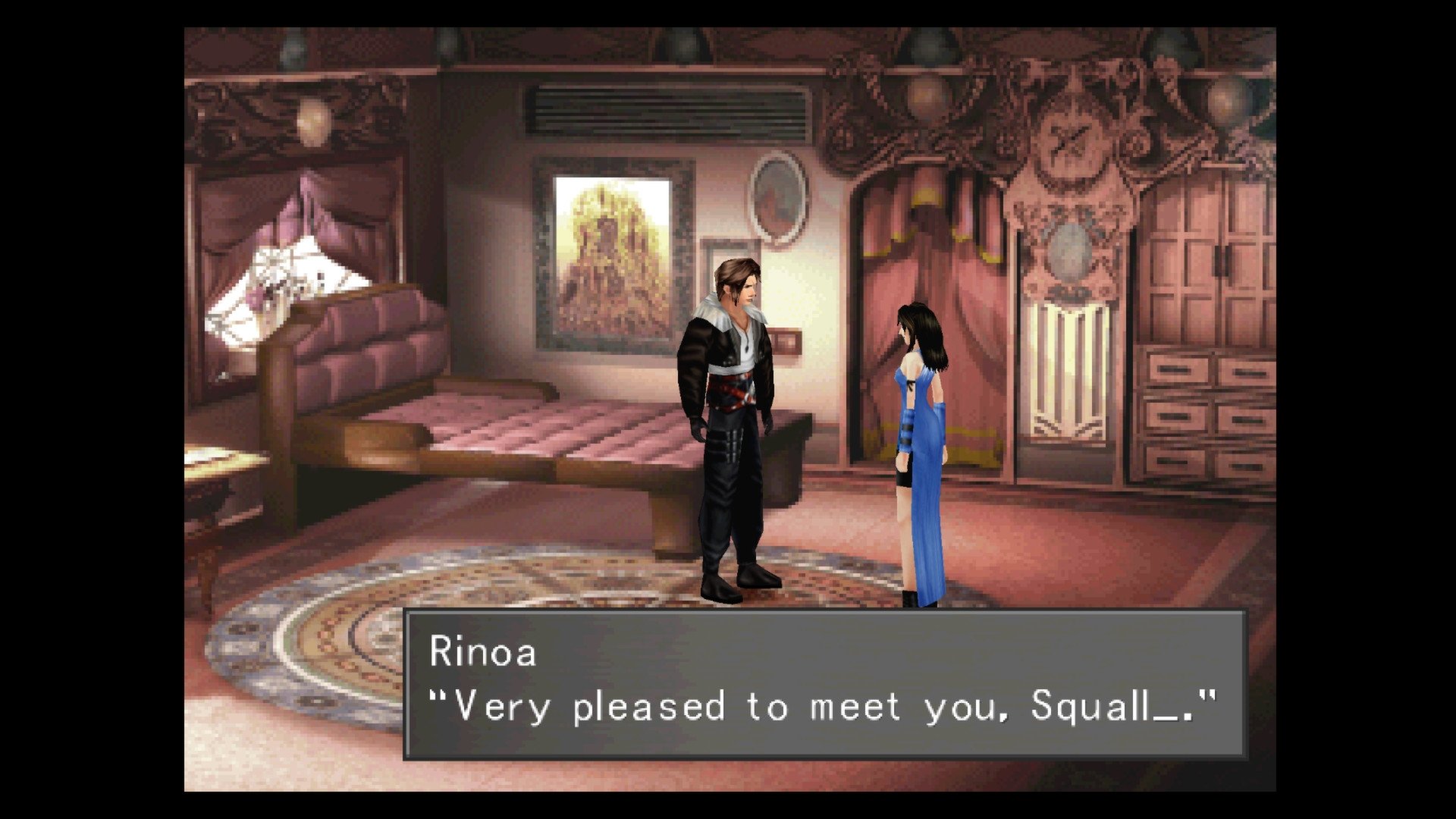 Better love story than Twilight. Any many more.

I can't neglect this FF. I hated the level up system and magic draw approach. I loved the story, characters and the whole vibe game has. It's really good and left big impact on me. Can't say how many times i've beat it. Loved the card mini game and collecting cards. Loved the summons, in here they are one of the best ones in FF titles, they just did a fine job in that area and animations were breath taking at the time. 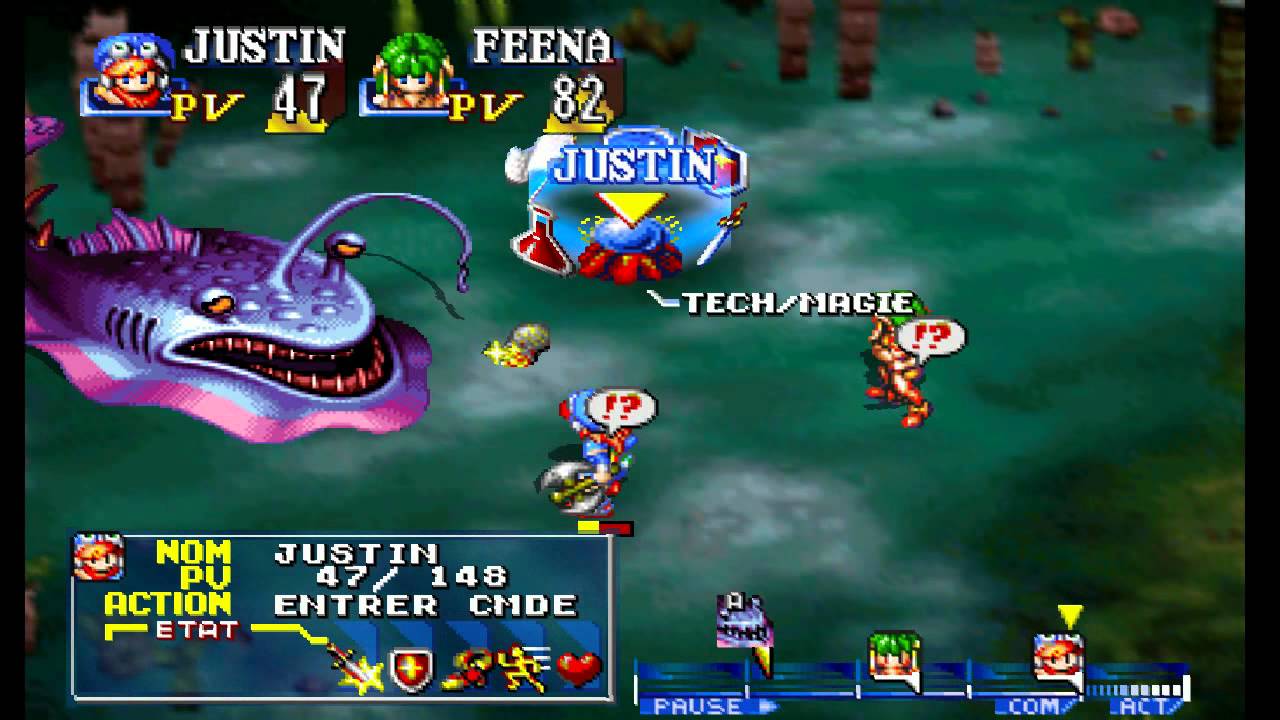 Also one of those games that never got any attention nowadays. First Grandia is the best Grandia. Characters had audio dubs which was very advanced at the time. Game was very very long, i remember really playing it really long, but it never got boring or out of the place. Justin and Fina, it's like i played the game yesterday. So memorable and lovable with great battle system, different than other jRPGs. If they really want to do remakes, doing all from this list would make me happy. Still, i wouldn't like to change anything except maybe faster and more natural battle system. 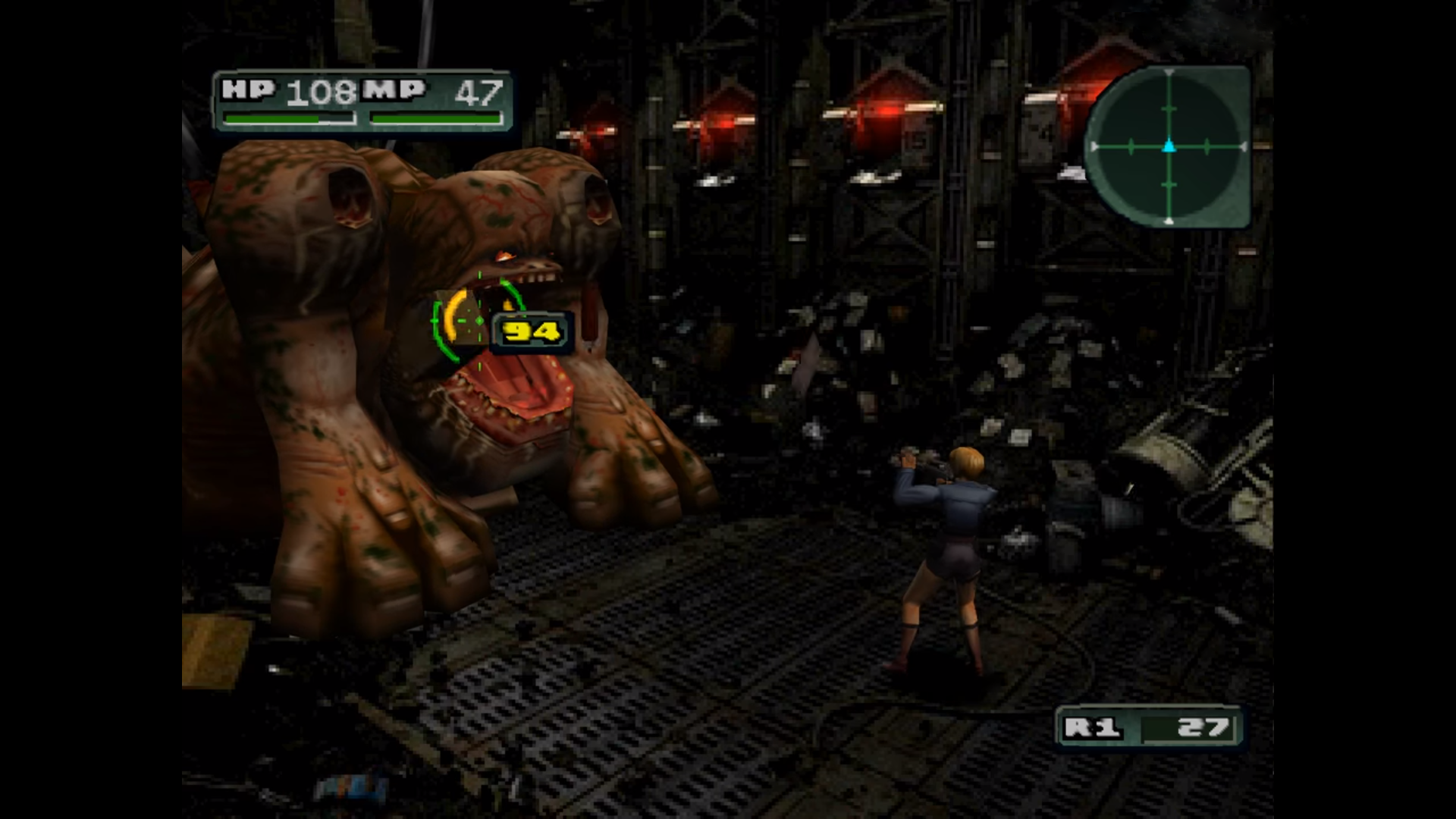 The reason first title is not on the list is that i first played this one and loved it so much. Later on i played first Parasite Eve and really loved it, but the second one left more impact on me. It was like a jRPG Resident Evil. I remember i was shitting my pants but at the same time kept playing. Aya Brea, we really need that remake. That Parasite Eve on PSP is simply garbage. But those first two...A must play. 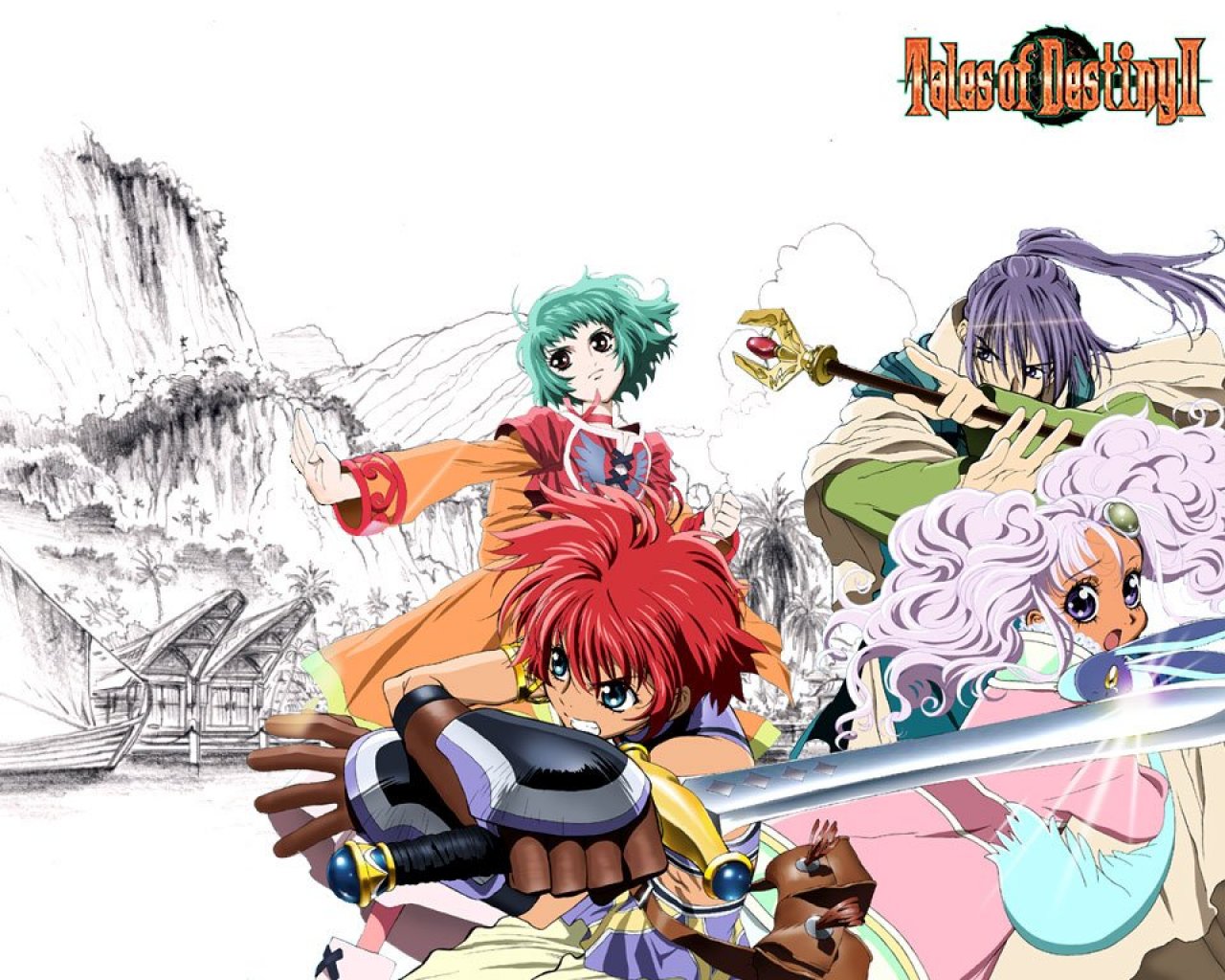 Still one of the best titles in long series.

One of those long games. One of early ones with audio dubs. Great title, I've never tried Tales game before this and now i count 20+ in my jRPG opus. I played them all, love them all, some more some less. Tales games has action type battle system where you control your character, run, defend, use Artes. I love that. It's never dull and keeps you wannt to play more and more. Also Tales games have memorable characters and some titles have great stories. This one had summon system that was the best in all of them and so many weapons and i'm a big weapon lunatic. 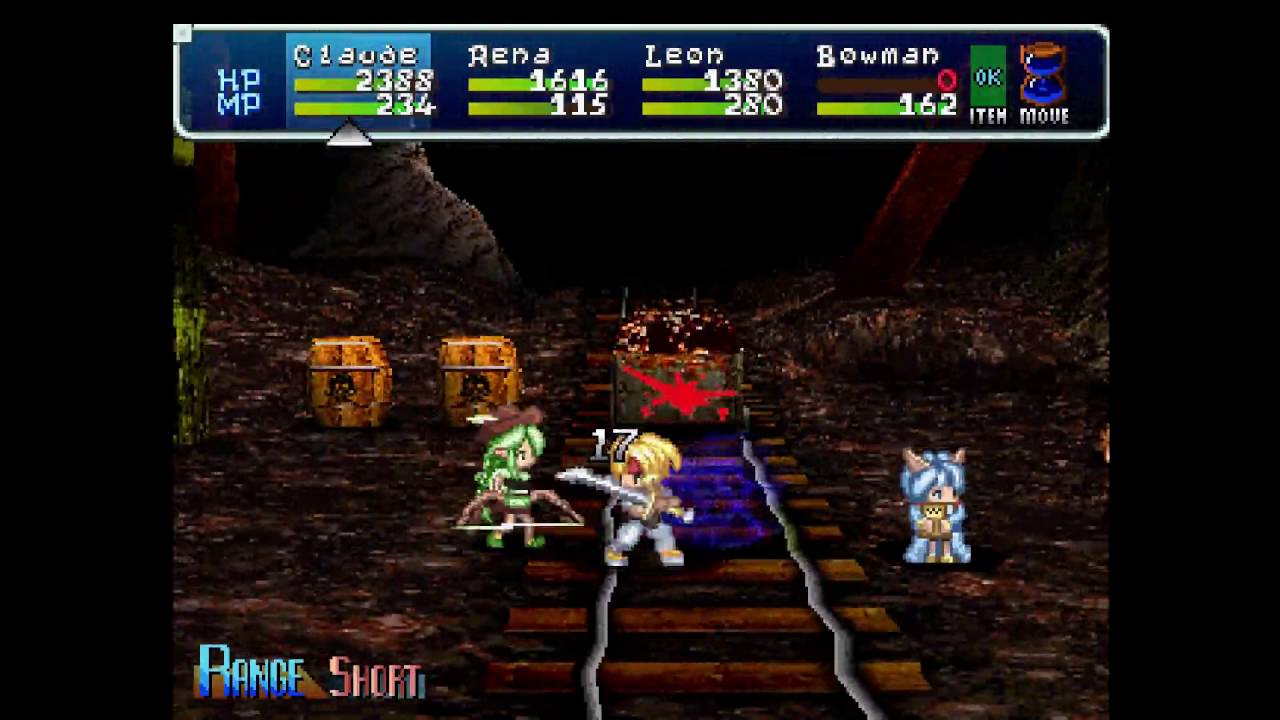 One of early games that let you level up beyond lv99.

Hidden jRPG gems. First title is great, everything after second one is for me a bit dull. This entry had great plot, really great actualy. It was also a game that had even better but similar fight system as Tales of Destiny or any Tales game. You could also have different characters in party depending of choices you made at certain game points. Loved that. You could also play the game and Cloud and Rene, male and female protagonists. It had so much to offer and still it is a praised title to remember. 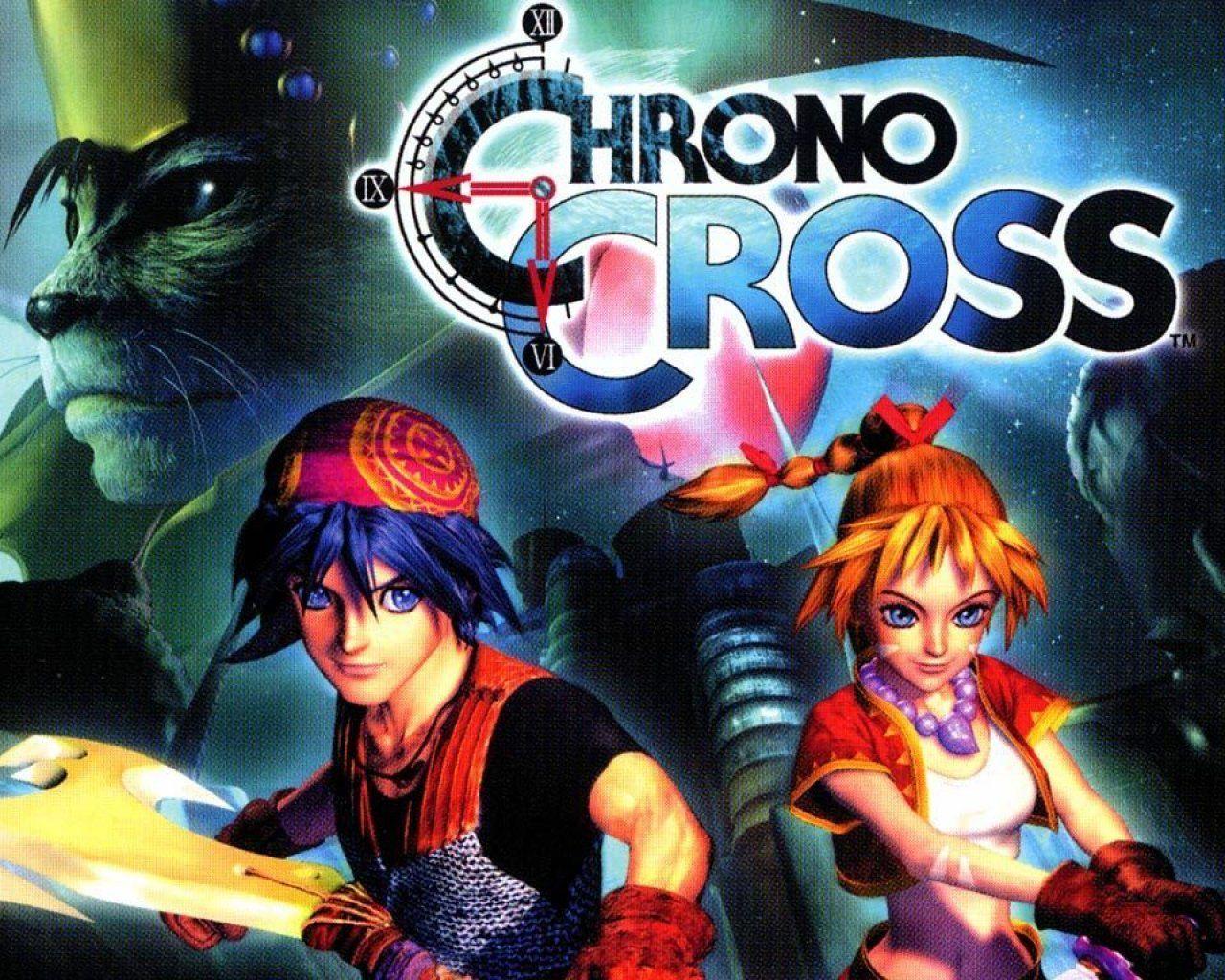 If only game had decent level up system, it would be ever more valuable gem.

Don't feel offended because Chrono Trigger is not here. Simply because it was SNES title and i will not cover it here. Chrono Cross on the other hand offered breath taking graphics on PS1 and really complex game. It had a great story and you could end up having many characters. Big number of those were optional and that made game different and at the same time great. Music is stunning. Everything about the game is. I only disliked level up system, but considering what the game offered i can forgive her.

The Legend of Dragoon 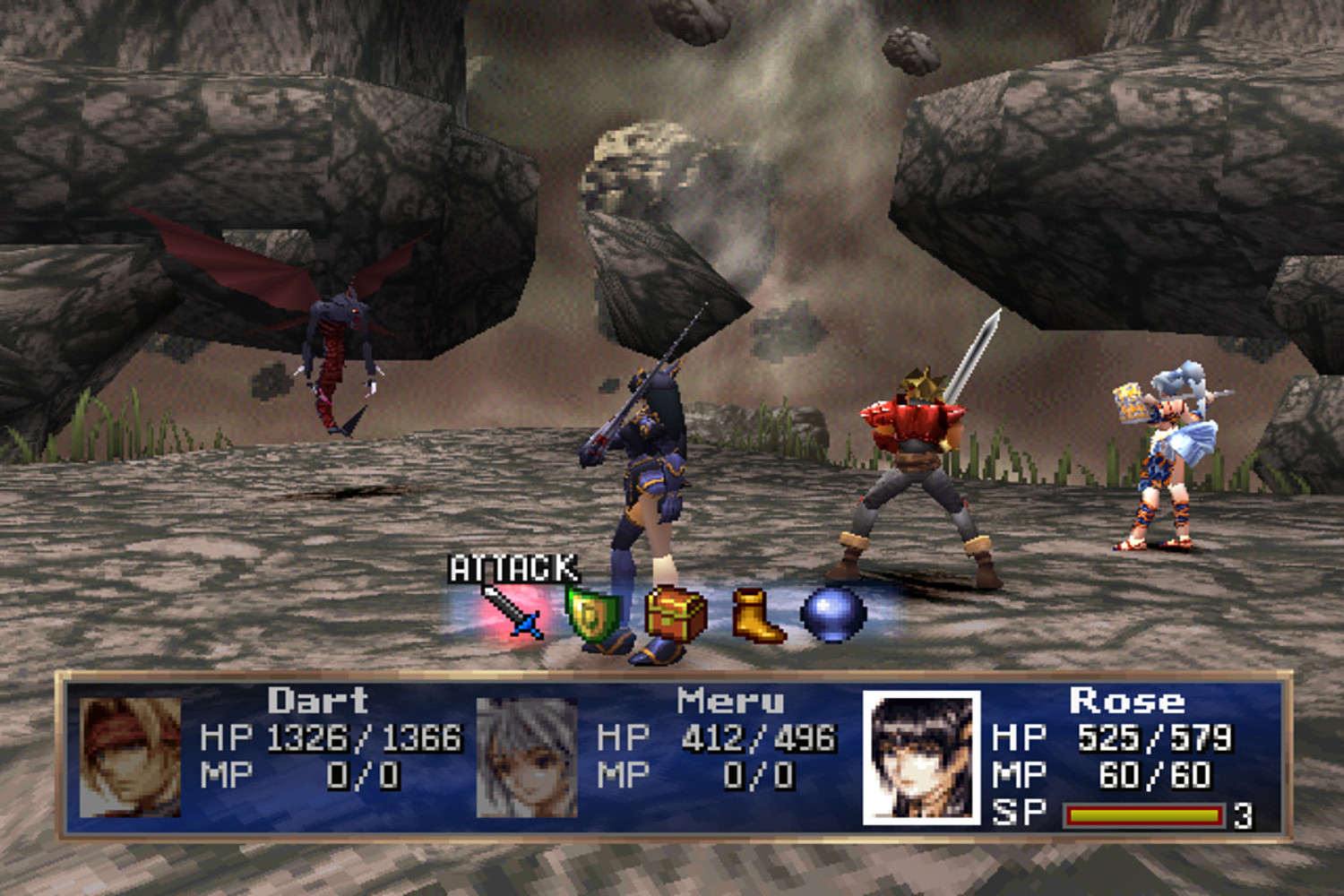 I just love this game. So much.

Oh my. Who didn't played this game really missed so much. Dart and the crew agains 4 CDs on PS1. So much good in this game. Best would be battle system where you need to press button when you attack and depending if you successfully did it you will do a special attack. And you learn new ones which have different patterns. Every character had different set and sequences. On top of that you could transfor in your dragon form, not the real dragon but in a special suit, kind of like an overlimit state with new set of badass skills. And story + music were great. Still are. Love it. Period.

What can i say, i'm jRPG addict. I always loved adventure in games, loved different worlds and stories. Combine that with good music, you end up brended for life. Nostalgia is so strong when i remember anything from the list. I think i played almost every jRPG for PS1 at the time. To this day, they never got boring. I prefer turn based over action type ones. Maybe i can do a SNES impact list, it could be a bit big as well. All of those made next games good, i'm sure. Those keep me inspired, i know many of you feel the same. Live prosper and jRPG!